This condition of the skin, translated as Scaly (Pityriasis) Pale (alba) patches, is usually found as pale white patches present on the face, neck and upper arms of the affected person. In some stages of the condition, the patches appear slightly red, sometimes with a fine scaling over them. I have come across quite a number of patients suffering from this type of skin condition, most of them being children in the age range of 2 to 13 years old. During my practice, I also happened to notice that the number of affected males slightly dominated over the number of females.

While the exact cause of this skin condition is yet to be deduced by medical science, during the summer time, the patches on the skin seem to show up more significantly, when compared to the surrounding skin tan. Pityriasis alba could be categorized as a form of mild eczema, found more commonly in children during their growing age. 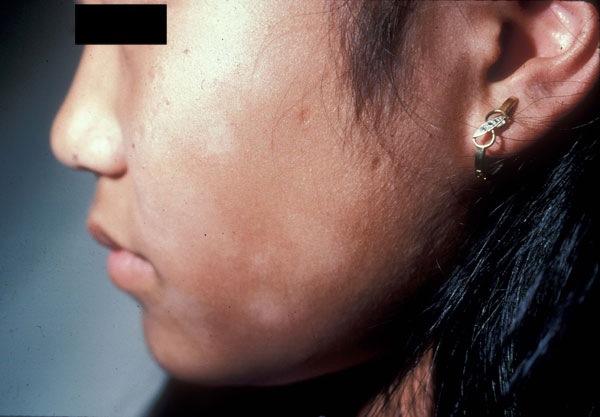 Changes in the diet, insufficient intake of vitamins or any sort of external environmental factors usually have been proved not to trigger the Pityriasis alba skin condition. It however has a recurring nature, which means that the patches may disappear from one part of the skin and later appear on another part.

More permanent skin conditions, such as, “Vitiligo” and “leucoderma” are not be confused with Pityriasis alba, since the former are results of complete absence of pigment, unlike the pale white patches along with yellow-coloured tinges of the latter. Moreover, a person suffering from Vitiligo requires to be treated to get rid off the patches, while the Pityriasis alba patches tend to disappear with the passage of time. 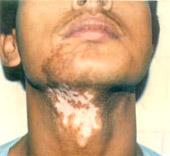 The skin may revert back to its original colour once the temporary patches have disappeared completely - a procedure that may take months or even a year. For more details, it would be best to consult your dermatologist.